GETTING IT DONE: NOW MORE THAN EVER

In this time of difficult decisions across many aspects of society, we hope at least one decision will be easy to make:  Join SFHDC on Friday, September 25 at 7:00pm for some inspiration, community and replenishment. Let’s have some fun as we honor the work of change-makers who are getting it done! SFHDC’s 2020 Gala will feature nearly all the amenities you’ve come to expect — unforgettable music entertainment, stunning artwork and memorabilia in our live and silent auctions, heartfelt speeches and, most importantly, a genuine sense of community throughout the event (the main difference is that it’s BYOB).

For those businesses and individuals who are capable of doing so, we welcome you to the roster of sponsors with the assurance that all sponsorship funds are applied directly to assisting San Francisco’s low-income residents during the ongoing pandemic.

We salute all who are out there getting it done, and celebrate all who come together in community now more than ever. Even though we can’t meet in person, together we can rebuild and reimagine the community vision of an affordable, healthy and prosperous San Francisco amid the ongoing COVID-19 pandemic and beyond.

Support for the 2020 Gala directly assists the essential programs and services we continue to deliver to all who need us — now more than ever. Your sponsorship funds will directly assist the 3,500 low-income San Francisco residents that SFHDC continues to serve during the ongoing COVID-19 pandemic and ensuing economic crisis, and amidst the incredible renewed fight for racial and economic equity. Now, more than ever, we need the support of current and future allies to continue SFHDC’s robust programs of affordable housing development, service provision, financial empowerment and economic development to low-income communities of color.

We appreciate your dedication to the community and support of our mission. 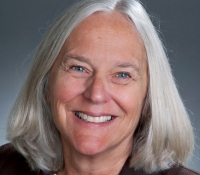 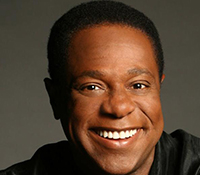 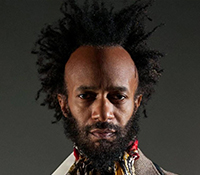 In her role as President and Chief Executive Officer, Jane Graf brings a history of proven success and more than 35 years of affordable housing development experience to Mercy Housing. Graf joined the organization as President of California in 1992, when the housing development department of Catholic Charities and Mercy Housing merged. In this role, she presided over three organizational mergers that expanded the reach of Mercy Housing California, and under her tenure the portfolio grew from 706 units to 7,434 units—a tenfold increase. She was then named President of the Western Region in 1999, responsible for the growth of Mercy Housing in California, Washington, and Idaho. In this role, she oversaw the development of more than 12,000 units of affordable housing. In 2011, she became Mercy Housing’s Chief Operating Officer, responsible for all of the organization’s five geographic regions covering 19 states. In 2013 she was named President, and in 2014 she became President and CEO.

Brian Copeland is an award-winning actor, comedian, author, playwright, television and radio talk show host based in the San Francisco Bay Area. He began his career in standup at the tender age of 18 performing in comedy venues in San Francisco. Soon he was traveling the country opening for such legendary performers as Smokey Robinson, Aretha Franklin, Dionne Warwick, Ray Charles, The Temptations, Natalie Cole, Julio Iglesias, Ringo Starr and Gladys Knight. Copeland performed his brand of biting, cutting edge social commentary in venues including the Universal Amphitheater and Constitution Hall in Washington, D.C. In addition to his stage work, Copeland is a fixture in Bay Area broadcasting, where he has hosted programs on just about every television station, including KTVU (a five-year stint as cohost of Mornings on 2), ABC7 (host of the Emmy award-winning 7Live) and KNTV (the hit 2015 late night special Now Brian Copeland). He has also performed on MTV, A&E, NBC, VH1 and Comedy Central.

Bay Area-based singer/songwriter Xavier Dphrepaulezz rebooted his career in the 2010s by adopting the name Fantastic Negrito and pioneering a blues, hip-hop, rock, folk, and funk hybrid on his 2016 Grammy-winning album, The Last Days of Oakland. He was raised in an orthodox Muslim household in which his father, a Somali-Caribbean immigrant, mostly played traditional African music. When, at the age of 12, Negrito’s family moved from Massachusetts to Oakland, he was hit with an intense culture shock. Oakland in 1980s was far from Negrito’s conservative childhood. As he describes it, he “went from Arab chants to Funkadelic in one day, living in the heart of one of the wildest, most infamous, most vibrant black communities in the nation.” The Last Days of Oakland presents a raw and passionate response to the forces that continue to reshape the East Bay, winning him a 2017 Grammy Award for Best Contemporary Blues Album.

Even in a virtual format, SFHDC continues the tradition of bringing in some of the most exciting music to its events — and this year’s lineup is as good as it gets!

From a socially distanced studio jam led by Grammy-winning artist Fantastic Negrito, to the hopeful acoustic Blues strummed from Kenny Neal’s front porch in Baton Rouge, to the soulful ensemble of rising talents in Ferguson, Missouri where they performed a Second Line with Mayor Ella Jones — you simply don’t want to miss seeing this. And, for now, you can only find it here! Register today!

The silent auction is live! Click HERE to join the bidding.

100% of all bids above the reserve price goes directly to SFHDC programming.

The San Francisco Housing Development Corporation (SFHDC) fosters financial stability through the development of affordable housing, the facilitation of homeownership and the economic empowerment and revitalization of Bayview Hunters Point and other neighborhoods of Southeast San Francisco. The four core program areas offered at SFHDC work to ensure the betterment of the community and its members. These programs include housing development, financial empowerment, supportive services and economic development.

Since 1988, SFHDC has built over 650 affordable homes in San Francisco, empowered thousands of people to set and attain financial goals, and assisted hundreds of families in the purchase of their first home. With nearly 1,000 new units in development and a burgeoning small sites initiative, hope springs economic opportunity for all San Francisco residents.